Bonsai for the regional artist 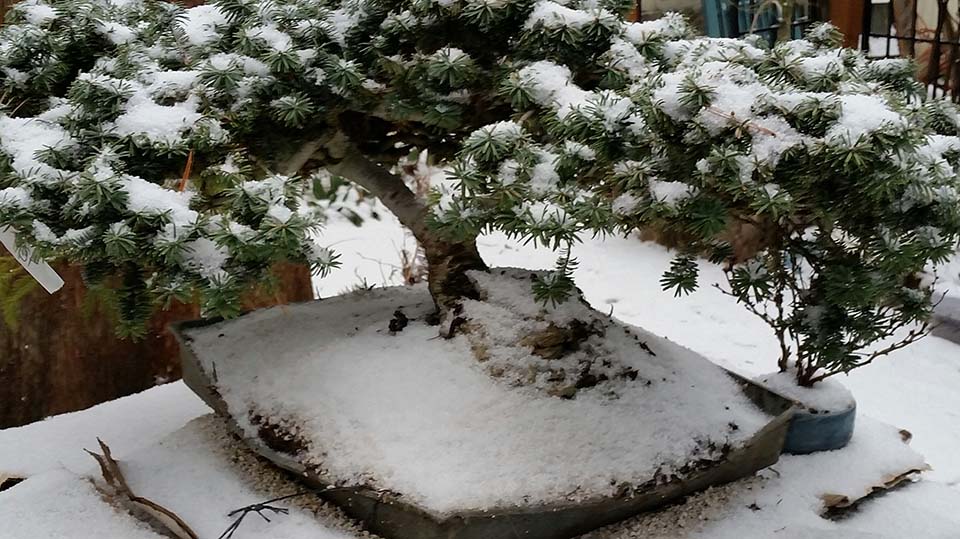 Just came across an article on bonsai as an indigenous art form representing a region-specific expression of the relationship between artist and nature. This exactly dovetails with my own view that bonsai should rightly be a dialogue with the native species of a particular area. I am currently working on a design concept that takes two bonsai trees, one a wild cherry, native to the western US, and the other a hornbeam, native to northern Europe. They are “merged” into one container to represent the merging of native and non-native species, the forest and the domesticated orchard. Ironically, the native cherry tree is “wild”, and was a food source for indigenous peoples before domestication brought imported fruit trees to the region. The “wild” forest tree is in fact an imported specimen native to the areas of Europe that represent the migration to the continent of non-native Caucasian cultures. The trees encounter one another under the theme of “The Storm”, an image of destruction and transformation involving chaos and renewal. This conception of the natural world as a place where encounter requires adaptation to new realities is the expression of my own heritage as an immigrant to the western US by way of the Midwest, from a land settled by European immigrants. The storm is both cataclysm and source of renewed vitality and growth.